While travelling home from work a few weeks ago I spotted something that looked interesting 3 or 4 in front of me in the traffic. When he turned off I couldn't resist following to have a look. It was parked on a corner near some shops and the driver had gone. While I was taking pictures (my phone isn't internet connected which is why it has taken a while to get the pictures on here) the driver returned and we had a good chat.

He told me it was commissioned by ITN to be built as a camera car from the Daimler factory. It had a hinged rubber covered roof and a platform in the back for the cameraman to stand on. The platform also had foot holds for the cameraman to put his feet in. The guy said he had just collected it from a cabinet maker who had made a new set of rear doors for it. 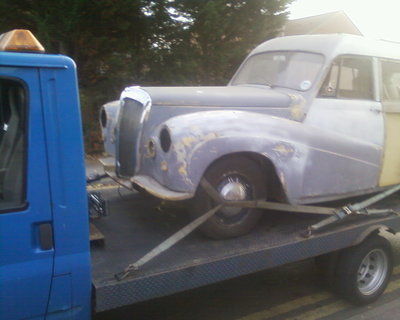 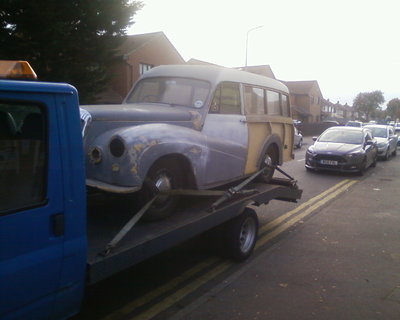 There was a similar car built on a Majestic Major chassis. Graham Frost bought it in a scrapyard and brought it up to Norfolk, about twenty years ago, for Brian Hills to scrap for spares. The body was too far gone for restoration, with a lot missing, but Brian rebuilt the engine which was later sold.
Top

The guy showed me the inner sills on this one which had been very poorly repaired before. He said he had another Conquest whose inner sills were good enough to be grafted onto the camera car.

Could this be the same car as shown on page 9 of the May DM? If I remember rightly the guy showed me an old tax disc which appeared to say YPL but I suppose could have been YPE.

Looks like Alex Stewart's car which he had in the 1980s. It was the last surviving ITN Daimler.
Graham Emmett
Northwich, Cheshire
Joint DB18 Registrar (with Marcel Renshaw)
DB18 1949 LCV522 (Yes that one with the P100s)
https://www.db18.org
Top

Well from what the guy said it was being stored in a secret barn in south Essex and he was going to restore it to its former glory.

Nick
"Nick - do you think you will ever put that old car back together again?"
Top
Post Reply
6 posts • Page 1 of 1