Excellent car Geoff. Such an elegant model.
As you will have see from an earlier posting in this thread I almost bought one about 8 years ago 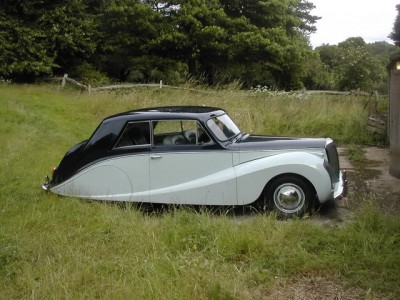 Notice the shorter bonnet compared to the earlier DB18 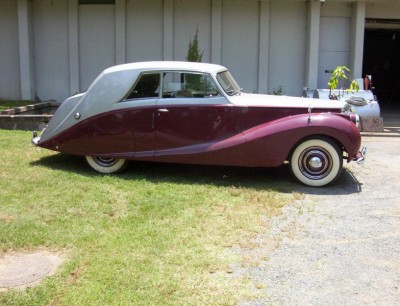 When I went to view the first car it was stored in a garage in a field opposite the owner's house. In the garage of his house I spotted a Bentley R-Type version of the 2 door Empress design which I was told emphatically was not for sale.
Life is a funny old thing because about 4 years ago my brother excitedly invited me to his house to see his new car which turned out to be the same Bentley which I photographed here...……. 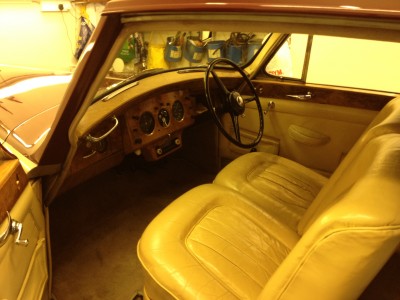 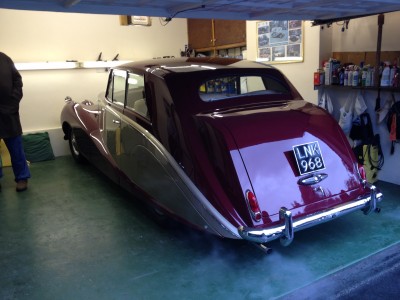 Geoff, is there any chance of some more pictures from you, this time of the interior, particularly the dashboard?
Regards, Barrie
Top

I think I saw that Bentley for sale on a dealer's stand at the November NEC show a few years ago. The larger size has a bit more room front and rear.

The two door DB18's longer bonnet is more attractive, but probably at the cost of less interior space. The car pictured that you nearly bought is OVC444, the second LJ250 Dauphin converted to Daimler identity by R E Smith. It belonged to a doctor in Surrey for a time I believe, and was sold at auction to its current owner a few years ago. It was featured in an item in Classic & Sorts Car last year which was largely comlimentary athough there were a number of silly errors, for example that the windscreen originated on the Conquest Roadster, which is the sort of rubbish so often regurgitated iabout Daimler models in classic car printed media by ignorant pundits.

Curiously the individual rear seats in the Dauphin body are not as comfortable as you'd think; however the bench rear seat in NBT600, the Lanchester LJ250 prototype in San Diego, is as comfortable as any Century rear seat. So the three four door 5 seat Dauphin style cars are probably a better choice if you wish to carry passengers regularly.

NFS 2 and the surviving 4 door car both attended the 1994 DLOC annual rally at Doune when it was still a motor museum. I'll try to find that photo.

The dashboard in all six DJ256 Hooper cars is a Hooper version of the Century dash instrument layout with a speedometer and rev counter flanking the four smaller gauges, while the two LJ250 Lanchester cars have the Conquest arrangement of a single central speedometer flanked by two smaller gauges on each side. I'll find some photos. I have added a magnolia faced oil pressure gauge in the centre below the dash. It is not original but is easily removable, I prefer an oil pressure display and this is arguably the least bad place to site it. 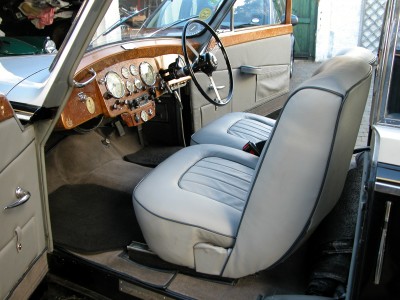 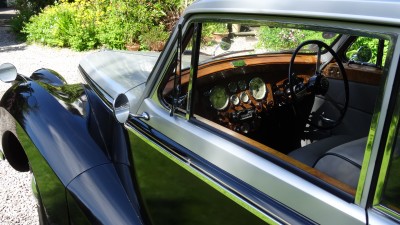 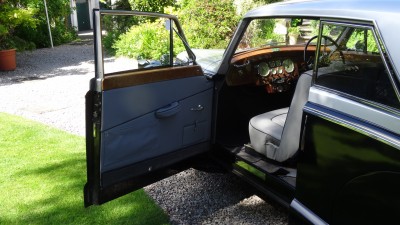 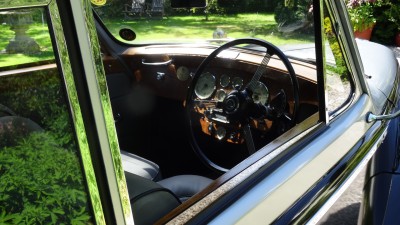 Fossil wrote: ↑
Mon Jun 24, 2019 4:14 pm
The car pictured that you nearly bought is OVC444, the second LJ250 Dauphin converted to Daimler identity by R E Smith. It belonged to a doctor in Surrey for a time I believe, and was sold at auction to its current owner a few years ago. It was featured in an item in Classic & Sorts Car last year which was largely comlimentary athough there were a number of silly errors, for example that the windscreen originated on the Conquest Roadster, which is the sort of rubbish so often regurgitated iabout Daimler models in classic car printed media by ignorant pundits. 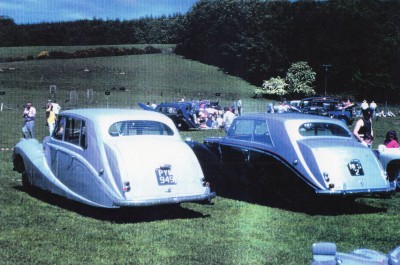 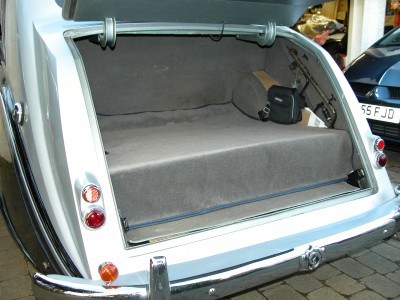 The boot has no floor, just a cover for the spare wheel, so I've made a floor that rests on the wheel but can be removed easily; the carpet hides the wheel neatly. 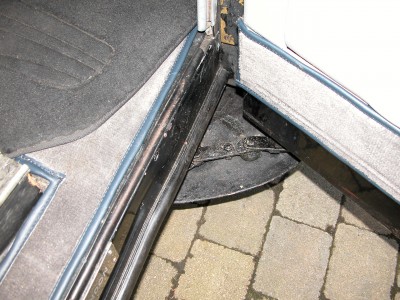 The door checks are hinged and spring loaded so that the doors will open themselves and stay open, a feature that I've never seen before. 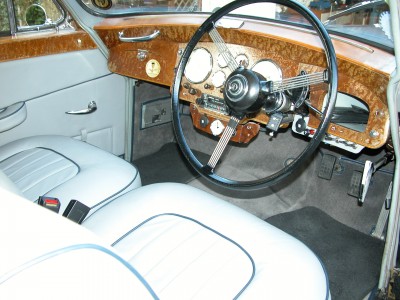 There is also a small switch panel below the dash to the right of the steering column, it has a 12v socket and switches for the aux lights.
Top

Hi ,as many of you will know OVC444 started life as Lanchester, as was first exhibited at the London Motor Show in 1953, as there were no buyers, the car was then exhibited at the Scottish Motor Show, and again ,no takers.
, after which it was returned to the Daimler Factory ,and re- badged as a Daimler..
This Daimler was on the DLOC stand over the last weekend and won “ Best in Show”. Well done and many thanks to Peter Chamberlain for exhibiting it for us ..

and this is the original specification 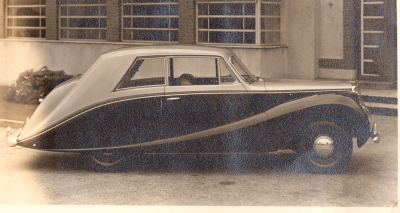 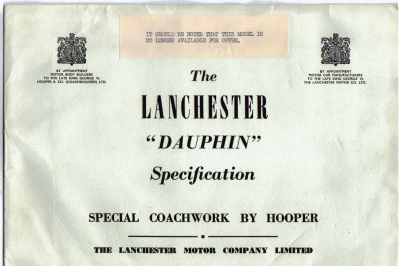 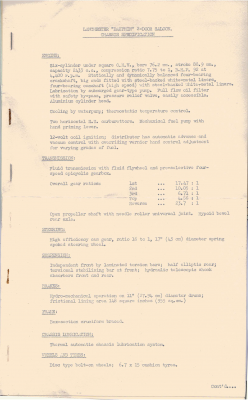 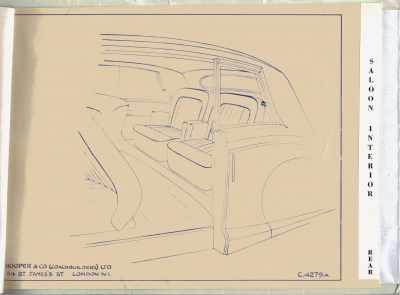 Thanks Darren, I have a copy of it.

Thanks Geoff. A veritable phalanx of photos and much appreciated. The dash is very impressive especially with the centre section which houses the gauges being slightly tilted upwards which makes them more legible. (A similar thing was done on the MK II Century I once owned.)

Also thanks to John B for directing me to a post that I’d missed.
I’ve copied the beautifully restored Dauphin from there so that the Hooper Cars are in one thread. I hope the picture owner doesn’t mind. 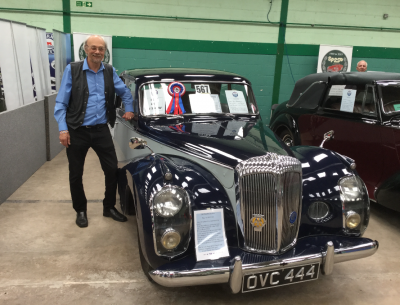 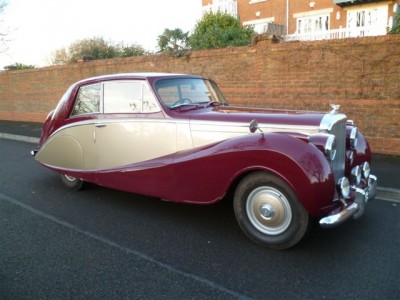 Interesting to hear from Darren.
Such a shame the car wasn’t well received which may be due to the radiator or the cost.
Does anyone know why it was promoted as a Lanchester and what the proposed cost was?
Top

Answering my own question the Lanchester Dauphin was £4000 in 1953.
(In 1954 my Father sold our suburban house in Ruislip (then in Middlesex) for £2400.)
The info came from this fascinating article https://drive-my.com/en/test-drive/item ... uphin.html

I reproduce some of the photos in the article in case it vanishes into the ether at some future date. 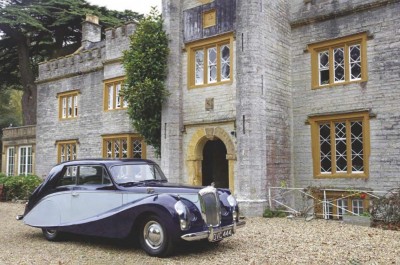 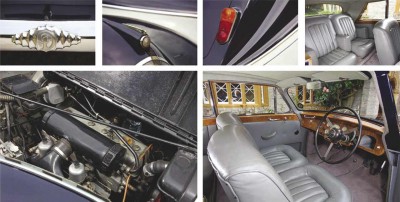 A very attractive dash and I see it still has the plastic seats that it had when I was thinking of buying.
Interestingly I hear that Connolly Bros have re-started making the original Vaumol leather to special order but at £750 per hide v.£350 for 'ordinary' leather
Top
Post Reply
60 posts