Who or what was Appleyard Barker? The first photo is titled Appleyard DB18 and the second has a filename Appleyard Barker FHC 1973 (post Jaguar).
I've checked Google which seems to suggest that Appleyard was a car sales company, not a body building company. Is that correct?
Top

Who or what was Appleyard Barker? The first photo is titled Appleyard DB18 and the second has a filename Appleyard Barker FHC 1973 (post Jaguar).
I've checked Google which seems to suggest that Appleyard was a car sales company, not a body building company. Is that correct?

Yes that's right John it was Appleyard of Leeds car sales and offered this post-factory conversion. They removed the hood and framework and welded the aluminium hardtop in its place. I seem to remember someone else on the Forum telling me the car is now owned by David Manners and awaiting restoration.
Top

Barrie wrote: ↑Thu Nov 28, 2019 12:42 pm 4 I don’t quite know what to say about this. It would be nice if it had survived as a one-off but I’m not surprised there was no demand for it. How did Hooper go from the 2 door Empress to this? Does anyone have pictures of the interior?

Only picture I could find certainly links the car to its SP250 origins - the dash seems to be a straight copy....

As an aside, this shot shows that Royalty still favoured Daimler in the 1950's...

Good grief! I'd never seen a picture of the rear of the SP250 Hooper before and I can see why no one would want to boast about it. And if the interior's the same as the standard car then what's the point. Actually, upon examining the two photos I see that the front seats are standard SP250 but the rears look as if they are from one of their limousines. Talk about a mismatch! Hooper had really lost their way. Their last car was a 1959 S2 Bentley Continental. The body here:

was somewhat similar to the Daimler Continental here: 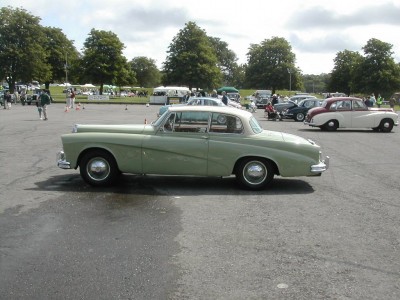 but not very impressive in the flesh when I saw it. The dashboard looked as though someone has thrown all the instruments in the air and positioned them where they landed. 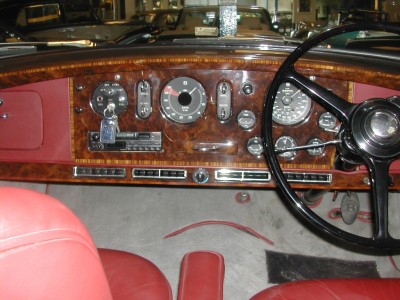 Nothing apart from the ashtray is central and there are uneven distances and angles between the small instruments. I suppose this may be the client's requirements but still, it's a horrible swan song compared this beautiful previous example. 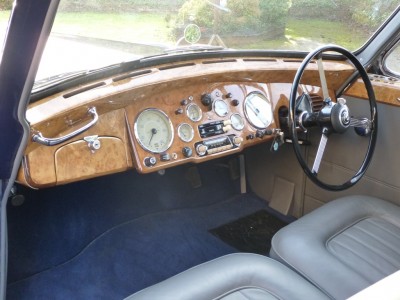 The other picture looks as if it's a 3litre Hooper and is a delightful family picture (in happier times?). Note the white/light steering wheel. Years ago there used to be a father and son team that attended rallies with their velvet green 3litre Empress that used to belong to the Queen Mother. It was in beautiful condition and they looked after it like a baby. I wonder if it's the same car?
Top

I always thought it was an extra turn of the screw where coachbuilders were concerned for RR not only to start offering factory 'Standard Steel' cars, but to get John Blatchley to style them. Very little coachbuilt stuff on the Cloud/S chassis looks as good as a factory body, in my view. Although there are one or two to die for.

One comment that I can’t, for the life of me understand, is that modern cars all look the same. Well am I wrong but didn’t all the cars up to the sixties look identical bar the radiator grill ?
Colin,
I may be slow but I’m rough as well !
Top

Personally I think the greatest diversity in car design and coachbuilding was pre-war. I've just been re-reading Lawrence Dalton's 'Those Elegant Roll-Royce' which has photos of around 300 pre-war Rolls-Royce cars, from different coachbuilders such as Hooper, Barker, Windovers etc. There are fixed head coupes, drop head coupes, saloons, limousines, sedanca de villes, 3/4 coupes, roadsters, broughams, all-weather tourers, and some with very famous bodywork such as Roi des Belges and Salamanca. Bearing in mind that at any one time these would have been on only 2 types of chassis, the Small and Large HP, I think the variety is incredible. It's one of the main reasons I prefer pre 1960s cars - go to an RREC event and there is always a great variety of cars. Go to an MG event and there are lines of MGBs all the same (and I own an MGC, so I am not knocking MGs or their owners!).
Top

However I cannot think of many cars contemporary to the MGBGT that look like an MGBGT.
Top

Triumph GT6 maybe? Same concept at least, and both good looking cars. I was unfortunate enough to own a '78 rubber bumper MGB GT. It was only 7 years old at the time, and already terminally rusty. It was out of puff at 80mph, and on European autobahns, with BMWs coming past at 120 mph, that was positively dangerous. I remember driving round the Antwerp ring road in it in a state of utter terror. I sold it and bought a BMW 318. If you can't beat them...
Top

Thank you John for putting some of my collection of photos on display on the Forum header and I’m glad they are out there for others to enjoy.
Regarding the discussion about cars and their ‘sameness’ isn’t that just the product of the time they were created? It seems to me that each era has its own fashion with the latest being health and safety which has lead to huge curved A-pillars reaching up from the scuttle and stretching to the rear which creates a safety cage. Consequently there are no more delectate and A-pillars such as on the Facel II. 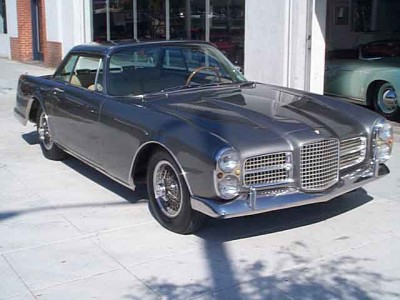 Modern cars consequently look a bit lumpen.
You also mentioned Appleyards and here’s a picture of a DK400 having a service there.
Interesting building from the limited view and I wonder if it survives? 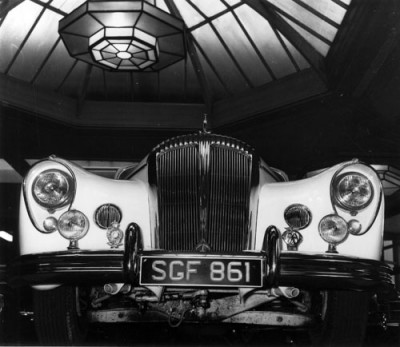 (As a complete aside do you notice the two 'ghosts' of a horse and cart on the street view. Probably caused by the long exposure of the film.) 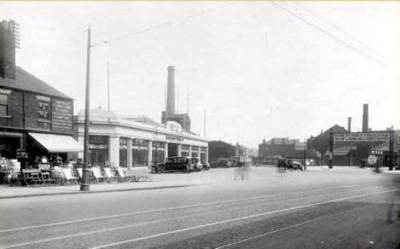 Dave P dropped me a line to say that SGF 861 does survive as it is the Golden Zebra, despite it also wearing TYL 575. Here's a couple of photos:

As to the location, some internet research suggests the Appleyard Service Centre was situated virtually on the intersections of North Street, Roundhay Road, Chapletown Road, Sheepscar Street North, and Sheepscar Street South in Leeds. It was there at least until the 60s and 70s I think, but a quick look at Google maps shows nothing much but modern roads and buildings now. As far as I can tell the attached photo shows what it looks like now. 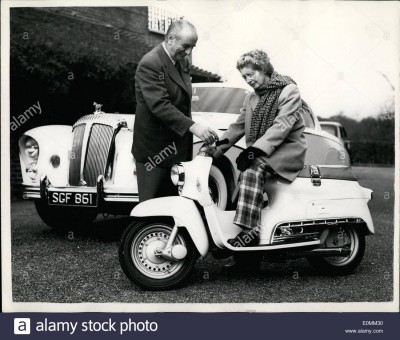 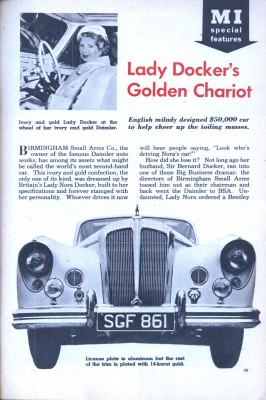