Apart from Burlens there seems to be a real problem with HV2 and HV4.
Top

Morning Syd, yes it’s very frustrating, I may have to seek an alternative, but I would much prefer to try and keep somewhere nearer to original if possible .

You say you think it's running rich Al, why not check the plugs after a good run and check the electrode colour?
Andy

Hi Syd, funny you should say that, just about to do exactly that. having done a circa 50 mile run yesterday .

Will let you know the result later

Hi Syd, well I’m afraid that their all Black , which confirms my suspicions that the Solex Carb Just has to go !! 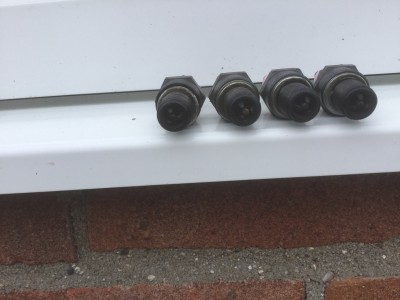 Although they are not “Sooty”, they are also not the nice Greyish/ Brown colour that one comes to expect from a well tuned Engine, this only compels me to fit an SU .
I have been offered ( Hopefully ) an SU that was originally fitted to a Lanchester LA 14, but not certain at this time as to whether the mounting Flange is compatible with the LA 11 Inlet Manifold, will just have to wait and see .......

Hi Chaps, have just purchased an HS2 SU Carburettor , and am now in the process of making an adaptor, as the Flange on the HS2 is Vertical rather than the HV2 which of course is Horizontal, I came to this decision as the HV2 SU does not seem to be available anywhere ! !
Nice to be able to get the Pillar Drill in operation again, and also good to “Hone” my skills with the Hand Files!
Will place some more pictures on here as the process unfolds 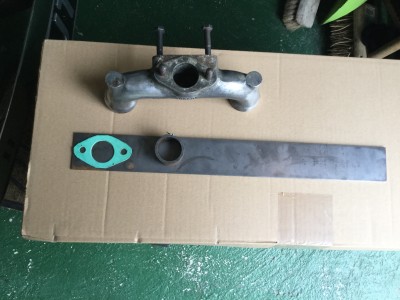 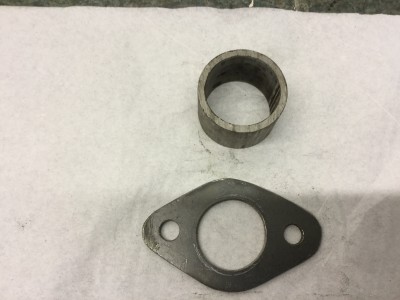 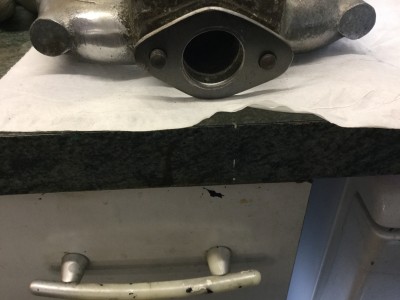 Hi Chaps , the story continues, the Engine now sounds superb , extremely quiet, pulls well , But, for some reason there seems to be an annoying leak from the Rear Main, that certainly is damned annoying, I did initially fill the Engine with Comma Classic 40 grade, and after completing around 150 miles or so, I am going to change to Castrol XXL 40 , which seems to be slightly more viscous, I really do not want to have to remove the Engine again if I can possibly help it, and really, don’t know why it should leak so badly ,( much to the annoyance of Er indoors) on the Block paved drive !!
Any suggestions would be gratefully be received, as many of you will probably know, there is no physical Oil Seal as leakage is supposed to be controlled be a Scroll on the Crankshaft , so really do not know why it should suddenly leak so badly ?

These may seem unlikely answers but I suppose you wouldn't be asking if the problem wasn't mystifying !
1. Is there the external rocker feed pipe on these engines and if so, are all its unions tight ? Also in this area, the rocker cover seal to the head - is it leak free. As the oil is new and clean, a trail down the rear of the engine may be less obvious than at other times.

2. What is the oil pressure? Might it be overly high for some reason - relief valve ? causing the scroll to have a higher delivery than it can cope with ?

3. This is the least likely, I think, but it's definitely the engine and not a fluid flywheel leak ?

Beyond that, no further ideas at present but I hope one of the first suggestions may be the problem, being the easiest fixed.
Top

Al, your predicament reminds me of Tsarevich's Alexei's illness and Rasputin. Doctors kept prodding the Tsarevich Alexei's body and making his Haemophilia bleeding worse until Rasputin told everyone to leave him alone, and he got a bit better. You said "no physical Oil Seal as leakage is supposed to be controlled by a Scroll on the Crankshaft" so perhaps it doesn't leak while you are driving as the scroll works, but does when you park.

If the drip isn't too bad, just leave it for a while and see what happens. I know you want perfection, but old cars always have a few ailments. You need a rest!

I'm the same, though. I've just got a new garage with a very white concrete floor. Two days ago I took the dipstick out and a large drip fell on the floor leaving a very noticeable black mark, so I got a cloth to rub it off, then told myself not to be so silly!

By the way, oven trays make very good drip trays - if you dare!

Hi John, well gonna leave it all alone and see if it gets better, take a l@@k below and see what I have done to keep Err indoors happy ! ! 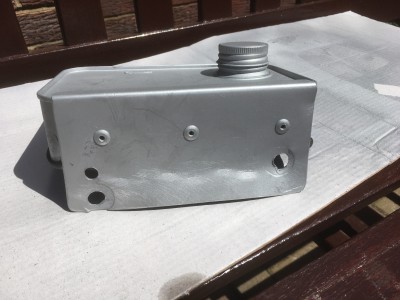 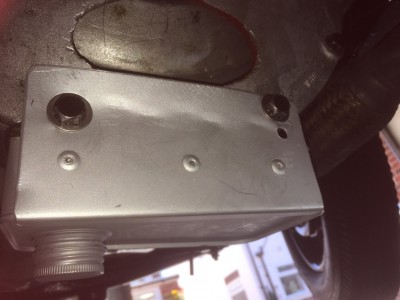 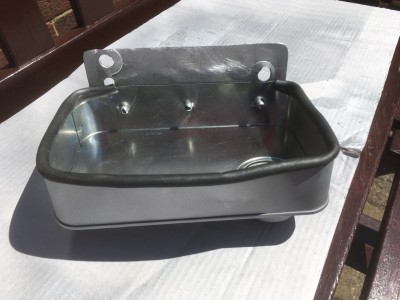 As you will see, I constructed my “ Oil Catcher” using the top section of a Gallon Oil tin , I used the top end so that I could use the existing Cap to enable me to drain it as required.
I have drained the Comma Classic 40 out, and have refilled the engine with Castrol XXL 40 Grade, this is the oil that I usually use.
If the leak does persist, then I may have to remove the Engine again to investigate why it’s leaking, it’s really strange, as apart from removal and re-fitting the Crankshaft after the Cylinder Bores had been Re- Sleeved etc , nothing else should have changed.
Simon, has provoked a thought that I had previously discarded. There always appeared to be an excess on Oil in the Rocker Cover, which was invariably getting drawn into to Air Silencer, now the Union that secures the Oil Pipe to the Cylinder Head originally has a small threaded hole that was Blanked with a short Screw, me in my infinite “Wisdom” found a longer Screw, which I produced a “ Taper” on to restrict the flow to the Rocker Gear, could this explain the Oil Leak I wonder, only one way to find out I suppose ..................To be continued

My next “ Project” ( When it arrives) is the finish making the Adaptor, and the fit the SU Carburettor... again TBC