Hi Geoff,
I only t hought that it might not be the Gold Car because in the dim res eases of my mind those photos had come up and the car identified. I think the question was asked whether it still existed and maybe in the US?
I hear what you say about the way Daimler has been forgotten as a marque. Admittedly the numbers produced we small, but how visible were they when acting as State Cars as recently as the mid fifties and now, who remembers them?
I find it particularly amazing that with all the books and articles and news reels about the Royal Tour to this country in 1954, and the Tours to South Africa in 1947 and New Zealand in 1953 rarely is the marque mentioned yet they were centre stage at every city procession. Rolls Royce seems to have been able to get its name splashed about everywhere yet Daimler? Couldn't have been different in its advertising and publicity.
Well it means that top quality cars such as ours are affordable, and we can enjoy them without having to shell out vast sums to buy and maintain our Daimlers!
Cheers
Peter
Top

It is good to see that this car achieved a fair price and some recognition of the quality that Daimler & Hooper produced. And it is also worth noting that the products of both companies invariably receive less biased, more balanced and more appreciative reviews of their qualities in transatlantic motoring publications. Would a UK auction house have produced such a complete and appreciative review of this car had it been auctioned in the UK?

I agree entirely re the lack of visibility of the Marque in reviews of historic events involving the Royal Family; that the vehicles are so invisible in such retrospective programmes and features, when they were invaribly very obviously present at the time, seems to be strongly suggestive of a process of active deletion. But when I find myself yet again looking for but not seeing the vehicles that would have been present at such occasions, simply because they are good to look at, I invariably think "why?" are they not to be seen.

What is the point of active deletion of the Marque from historic reviews? Is it done at the Royals' insistence: really, after 60 years? Or at the instigation of messrs RR and Bentley and their current owners? To imply by ommission that they have always been the choice of the Royal family? What other reason could there be? What is the point of such interference with motoring history? Am I sufferring from paranoid psychosis? Does it matter at all? What do you all think?

Had RR and Bentley or anyone else actually held the Royal warrant for the first 50 years of the last century, what would that have done to the value of their products since? Consider the effect of any previous Royal owner on the value of any car of the second half of the last century. Or is the Docker era just a good excuse for motoring pundits, even those who were not born at the time, to put the boot in time and again for no good reason regardless?

We may never know, but at least the value of most of our cars remains depressed to the point that we can all enjoy them; so, rejoice!

During my internet Search for Hooper Daimlers I came across this site with some pictures of the Silver Flash I'd never seen before. Most articles about the car are fairly light on pictures so I was pleased to see these.
https://hiveminer.com/Tags/daimler,silverflash 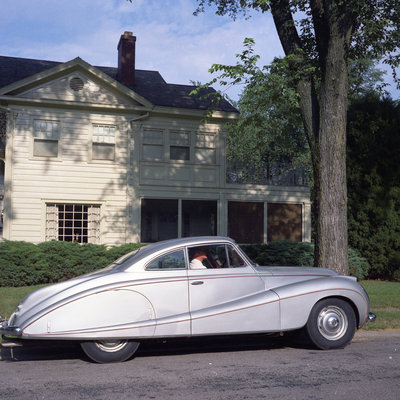 I wonder where it is now?
Some of the pictures on the site indicate eastern USA and others the Midlands/South of England

It's very nice to see something other than publicity shots and I partularly like the one of a fellow standing by the car which gives an idea of scale.
Has anyone seen any other views of the car? 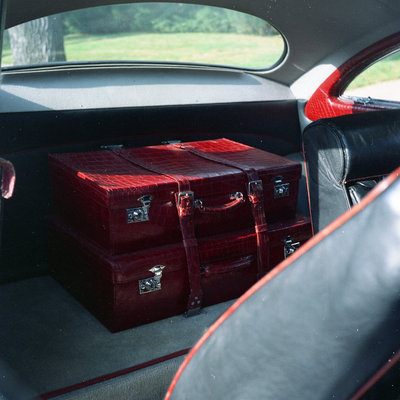 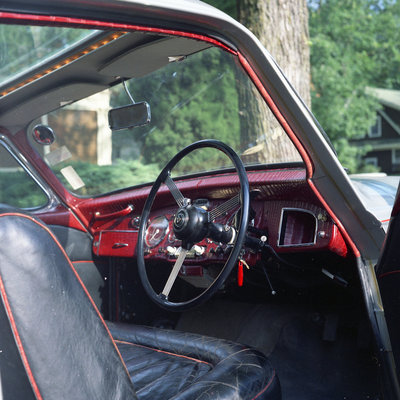 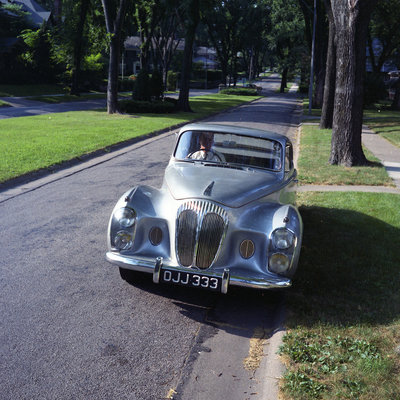 The car is in America as far as I know. I recieved those photos and some history from the son of the person the took it out to America.
I wrote an article published in the DM three or four years ago but cannot rmember which issue at the moment.

After all my interest in Hooper I had a call from John Ridley (whom I hadn't seen for 35 years) to say hello and invite me to visit his 2-door 3 litre to see if I could fit my 6'7" frame into an Empress.
Regrettably the answer is no which was sad so maybe I need a 104 or a Majestic.
Odd really, as I've previously had a Conquest, a Century and a Special Sports which were most comfortable.
I must say John is to be congratulated as he has done the most wonderful job in restoring the car. The first detail I noticed was the absolutely top-notch quality of the leather. The rest of the car was much the same which oozes 1950s opulence.
Well done John and nice to see you again.
Top

Many thanks Barrie for your kind remarks. They will really encourage me whilst I contemplate the future of the car. JohnR
Top 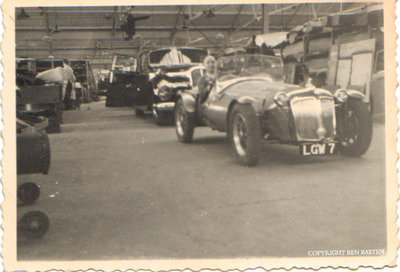 From the wonderful Coachbuild site
http://www.coachbuild.com/forum/viewtop ... per#p67578
The poster raises the question was this a Hooper special?
His Grandfather is in the driving seat.
Does anyone know of the car?

The other photo is a contemporary shot of the patriotic Hooper workshop.. 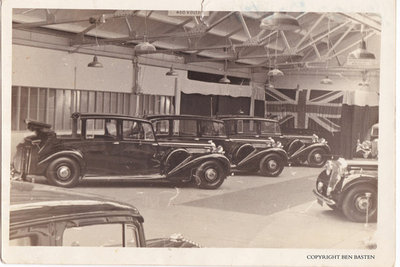 There's an article in the December 2018 edition of The Automobile about Osmond Rivers, the designer of the Empress Line.
Seven pages and plenty of pictures of Daimlers rather than Bentley or Rolls Royce
Top 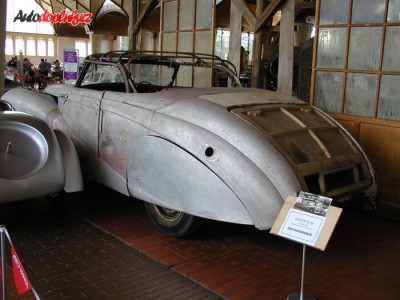 I wonder which Green Goddess this was?
I remember seeing one at the now defunct TT Workshops in Wiltshire about 1997
Top
Post Reply
58 posts